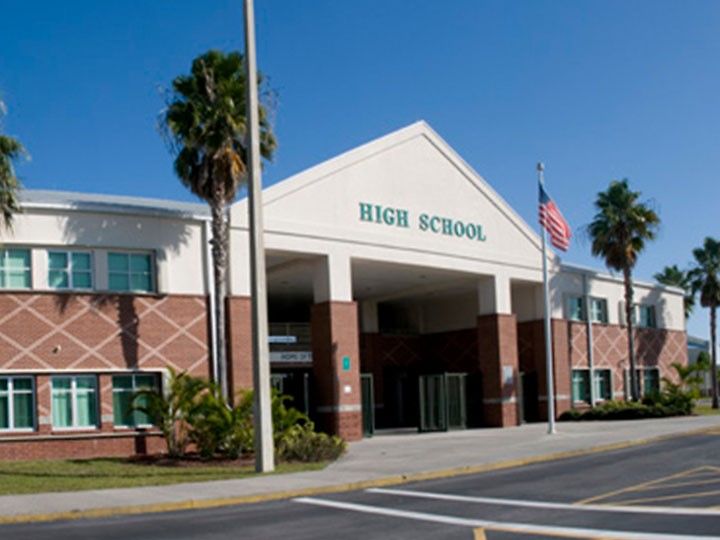 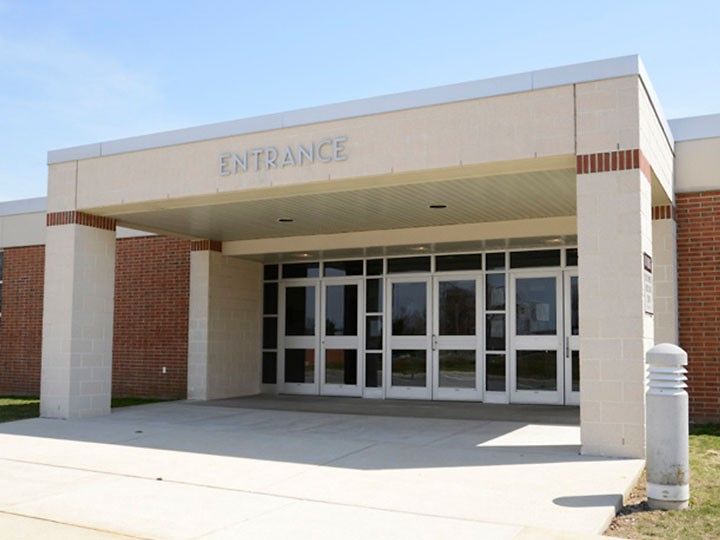 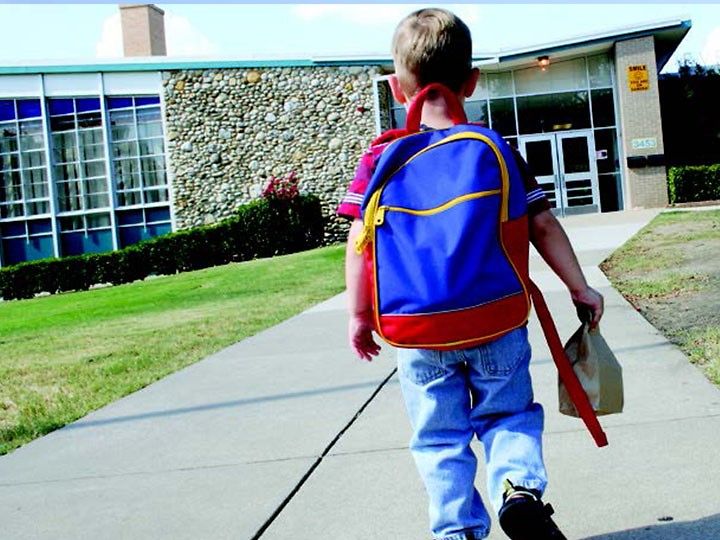 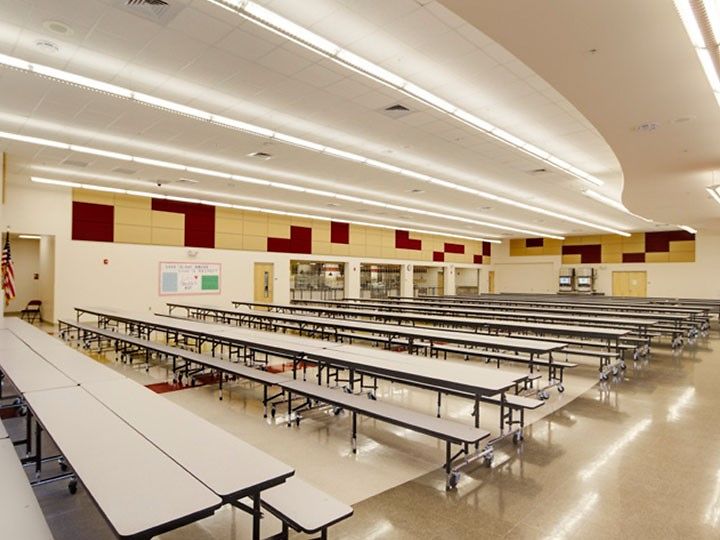 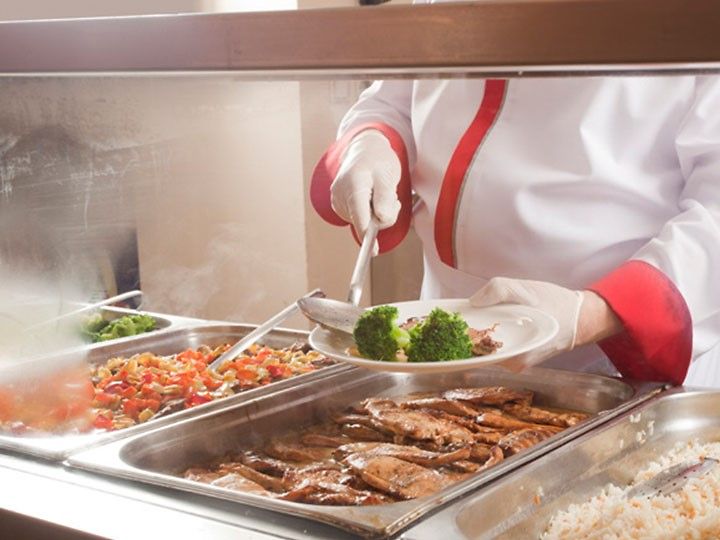 SITUATION
Osceola County is like every other school district in the United States; they are passionate about topics such as school shootings. “While school shootings are not a new problem and date back to 1760, the subject is extremely important for the school district,” adds Munas. “In addition to making sure that our students are nourished, educated, and supported, we’ve made it a priority to keep our kids safe while they are in school.”

In addition to food services and school transportation, Munas oversees security, alarm systems, electronic locks, video surveillance, and school resource officers for the district. “Even though I have 31 years of experience with the district, I did not become assistant superintendent until three years ago,” adds Munas. “During my initial tenure, we had a tragedy on one of our campuses. Long after a school was closed, a mother picking up her children from after-school care was shot and pistol whipped by her ex-husband. Her tribulation and survival was a catalyst that impelled us to focus on the security needs within our district.”

At the time of the shooting, security was a sub-part of another department within Osceola County’s School District. The shooting incident prompted the existing superintendent to put the security function directly under School Support Services and make it a key job focus. “With the decision to put security under my position, I started looking at how the district deals with security, piece by piece, including intrusion alarm systems, surveillance systems, and recording devices. One of the biggest concerns at schools is access control. So for the last year and a half, we have debated how to attain a high level of security without looking like a prison.” Some of the security concerns Munas and colleagues addressed include how to let parents in the school while being parent friendly at the same time. One of the initiatives the district implemented this year was to install a new identification system at school front desks. With the new system, anyone entering a school must have a driver’s license or state-issued identification. Front desk staff scan and check the ID against a list of sex offenders and/or other offenders, allowing staff to know who exactly is trying to enter a campus.

Munas continues, “One of the most critical questions we asked was ‘how do you keep the bad guy out?’–our logical answer was to keep doors locked at all times. However, doing this leads to certain issues, one of which is, how do you accommodate staff who come to work before the doors even open. Teachers are a rare breed. Most of them are dedicated individuals who come to work long before they have to be at work; it’s not unusual to see staff in at 6:30 a.m. and that poses a problem. If we leave the door unlocked with no guard, then the bad guy could get in. We don’t want to thwart our staff’s efforts, but we need to control the access in and out of the building as well as to classrooms.”

According to Munas, the 44-page report on the shootings at Sandy Hook Elementary School, Newtown, Connecticut revealed that the two classrooms, which were unlocked, were the places where some of the shootings occurred. The gunman gained access in the building by shooting his way through a glass panel next to the locked front entrance doors of the school. The shooter’s accessibility into the building provided the opportunity to gain access to the classrooms. “What you need to think about is, if those unlocked classroom doors were locked, and there was a delay, could the shooter have gotten to another room or would law enforcement have arrived in time,” reflects Munas. “The staff at Sandy Hook followed protocol; they did all the right things for emergency management; they were prepared.”

SOLUTION
Munas’s security due diligence lead him to Kaba Access and Data Systems Americas for an access control solution. Working with Stephen Fitzgerald, Kaba Sales Representative and owner of S&S Security Sales Corporation, Orlando, Florida, Munas chose Kaba’s E-Plex® Enterprise system with Wireless Option. “We did our homework when deciding on an access control system,” notes Munas. “The Kaba system is the most exceptional access control system we could find; it provides the best hardware with a software solution.” The district ordered over 300 E-Plex 5700 Locks with wireless antenna kits and E-Plex Enterprise Software. The system also employs Kaba ZigBee Gateways, which enable communication between the locks and the computer network. The Gateways are connected to the network at each school; each school server ties back to a central server at the district’s headquarters. The district’s IT security department administrator as well as the office administrator and kitchen manager at the individual schools can monitor and control users and manage locks from a central workstation. The wireless capability delivers real-time functionality and eliminates personnel from visiting individual doors when adding/deleting users or programming locks. The main dashboard provides administrators a visual of the system’s performance and events, such as door status, signal strength, and emergency lockdown/unlock commands. The district supplies every school with a minimum of five locks; three for food service areas and the remaining two at the discretion of the school staff. However, because schools have purchased additional locks, there are approximately 5-10 locks per school.

E-Plex 5700 electronic locks provide access control via a PIN, PROX card (HID 125 kHz) or dual credential. The lock is programmed to require credentials based on security and convenience requirements. Implemented to work with Enterprise Software, the locks can accommodate 3,000 users, 16 access schedules, 32 holiday/vacation blocks, and 30,000 audit events. “At one time, you could leave the office back door open so teachers could enter, sign in, and run copies etc. and have no problems,” notes Munas. “Now we are more proactive about security. We recommend that the individual schools put one of their E-Plex 5700 Locks on the office door so that way only authorized individuals can enter the office during predetermined times.” With the access schedules feature, the system administrator can define 16 access schedules per door with week only, weekend only, and any days options as well as designate a start and end time for a door.

“While I can go on and on about the Kaba locks, if I had to single out one aspect about this project that stands out, it would be the Kaba representative,” boasts Munas. “Stephen Fitzgerald is phenomenal. He went beyond the call of duty; he traveled with one of our technicians, visiting all of the schools to determine what hardware we needed. It seems like he put in a million hours here working with our engineers and technicians; Stephen is one of Kaba’s best assets.”

The food nutrition services division is installing three locks at each facility. Food service personnel are the first people to arrive on campus, arriving at 5:00 a.m. to start breakfast. Because there is limited staff during the early morning, the food service door leading from the outside to the kitchen will have an E-Plex Lock installed on it. In addition, the district plans to install some gate locks, so vendors such as milk delivery trucks can have access to the property. The other two areas designated for Kaba locks include the food service manager’s office which houses a safe and inventory storage.

“The wireless solution is outstanding,” says Munas. “When we first tested the system, staff did not remember their ID badges, now everybody carries their ID because they know that they can’t pass from one area to another without it. Both teachers and students think we have a safer environment and that’s because we do—and parents really value the system. As we began to install the locks, principals requested more locks. And, if they had the budget, then we bought them more locks.” And, in the future if the budget allows, the district plans to install Kaba locks on classroom doors.

E-Plex 5700 Locks offer either a cylindrical, exit device or mortise locking device and provide multiple key override options, including large format removable cores or small format interchangeable cores. The locks are BHMA Grade 1 certified and employ solid cast housings, solid zinc levers, and vandal resistant, solid pushbuttons. “The quality of the product is unbelievably high; it is an impenetrable lock set,” says Munas. “And, the locks are manufactured in Winston-Salem, NC—that is very exciting, we advocate Made in America.”

“While I can go on and on about the Kaba locks, if I had to single out one aspect about this project that stands out, it would be the Kaba representative, Stephen Fitzgerald. He is phenomenal.” — Mark Munas

ABOUT OSCEOLA COUNTY SCHOOL DISTRICT
As one of the largest land masses in Florida, Osceola County adjoins Polk and Orange County (Orlando and Winter Park). Its northwest quadrant dominates the county’s geography and includes most of the county’s population. This area covers the incorporated areas of Kissimmee and St. Cloud and several unincorporated communities, including Poinciana and Buenaventura Lakes. Nearly half of Osceola County’s population is Hispanic or Latino race with Puerto Ricans accounting for 25 percent of the population—the largest self-reported ancestral group in the county.

“Osceola County is a district of about 57,000 students,” says Mark Munas, assistant superintendent for school support services, Osceola County School District. “We have a minority majority populated school district. And while we are not the most populous county in Florida, Osceola County runs neck and neck each year with Miami-Dade County for the highest percentage of limited English proficient students.”

“As a school district our main goal is to outperform all other districts in the state of Florida,” notes Munas. “When the current school superintendent took reign, she urged us not to settle with the A, B, C . . . grading system, but rather push to be the best. Even though we have such a large population of ESL students, we improve every single day, consistently making strides.” Osceola County School District exceeds every milestone and is on track to do better year over year. The district has seven A-rated and three B-rated high schools, which is a significant improvement, since the district had a D-rated high school at one point in time. Grades are assigned by the State of Florida, Department of Education and based on standardized test scores as well as the performance of students in sub-groups, including graduation, attendance, and discipline statistics.

“As assistant superintendent for school support services, part of my responsibilities include managing the food services division,” says Munas. “We are a low socio-economic county; 70 percent of our students receive free or reduced lunches.” The county has identified approximately 3,000-4,000 Families in Transition (FIT) or homeless students with the likelihood that there are additional homeless students. “When you have students who are struggling for some of the basic necessities of life, food and shelter, this adds a whole new complexity to a school district,” notes Munas. “We have backpack food programs. Every Friday we fill backpacks with food and send them home with students because that food is the only nourishment they will get all weekend. We know we have a number of students who come to school hungry, and school is the only place where they are going to eat breakfast, lunch, and a snack.” Osceola County serves 12,000-15,000 breakfasts, 35,000 lunches, and 7,000 snacks per day. While Osceola County School District is highly focused on student achievement, the district places special emphasis on “the student” and tries to settle basic issues first before moving on to improving measurement criteria such as test scores.