Multihousing Solutions: A secure living experience for your residents

This windows based system offers keycard management flexibility and superior control throughout a property and is ready to interface with a property management system (PMS). Saflok System 6000 provides centralized auditing & enhanced reporting features and also integrates with many point-of-sale (POS) and self-check-in kiosks.

- Why the credential could not open certain doors

Handheld LPI (Lock Programmer/Interrogator): A portable, one-at-a-time method for quick, accurate lock programming and interrogation, as well as key diagnostics. Simply connect the LPI Interface Probe on one end of the device to an interface board that is inserted into the room lock.

Cancel-a-Key-ID (Individual Key Control): Cancels specific keys without affecting or canceling other keys in use.

Extensive Reporting: Provides properties with an extensive reporting feature that may be viewed on screen, saved to a file, or printed. Reports include:

When smart/contactless credentials are used, the variable key feature allows key encoding to access multiple rooms with one key. This is a valuable feature for assigning a key to a group chaperone, staff members, or contractors requiring access to a specific list of rooms. For added security, these credentials record activity that can be interrogated and printed.

Cleaning and Disinfecting Your Locks

A white paper addressing how the multihousing industry is impacted by advancements in mobile access technology. 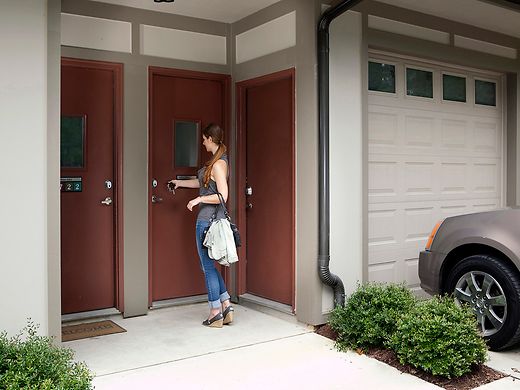