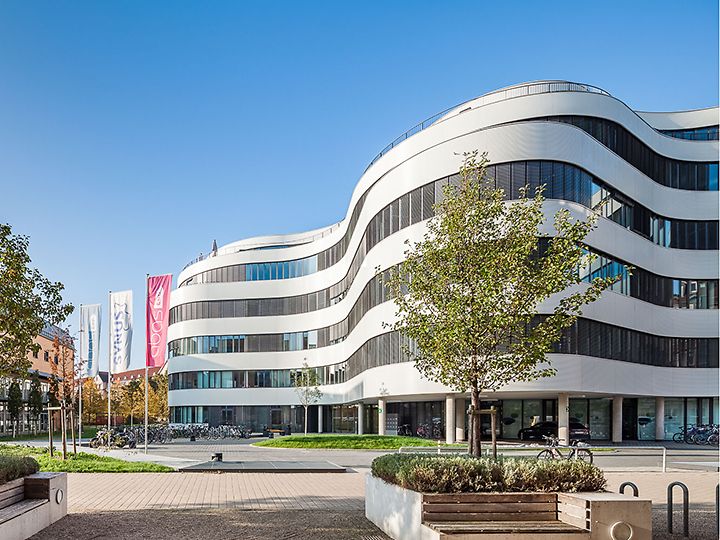 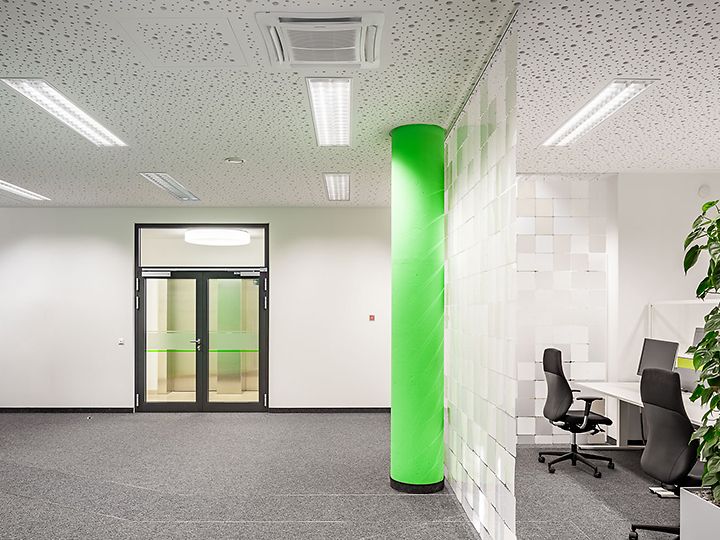 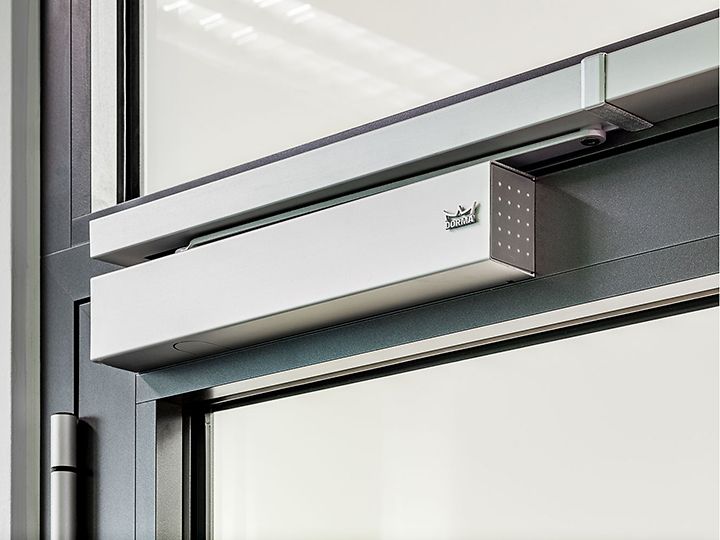 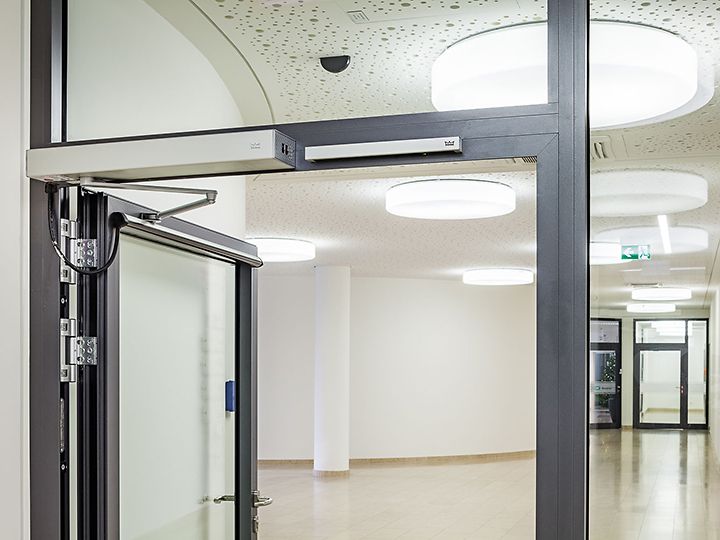 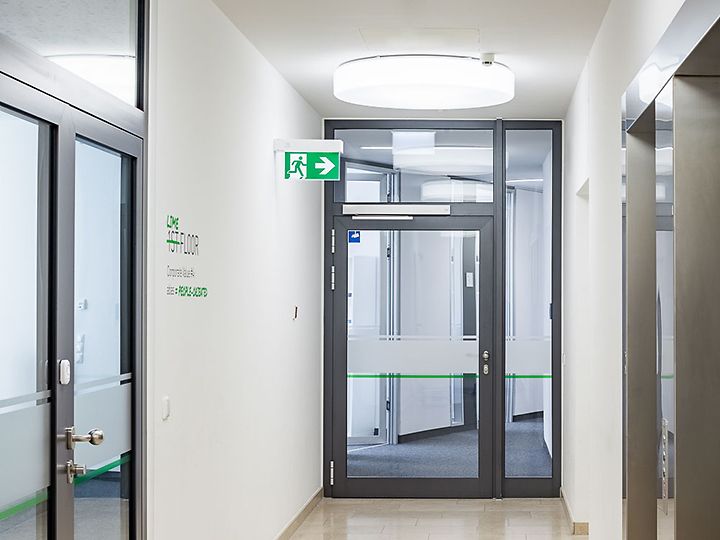 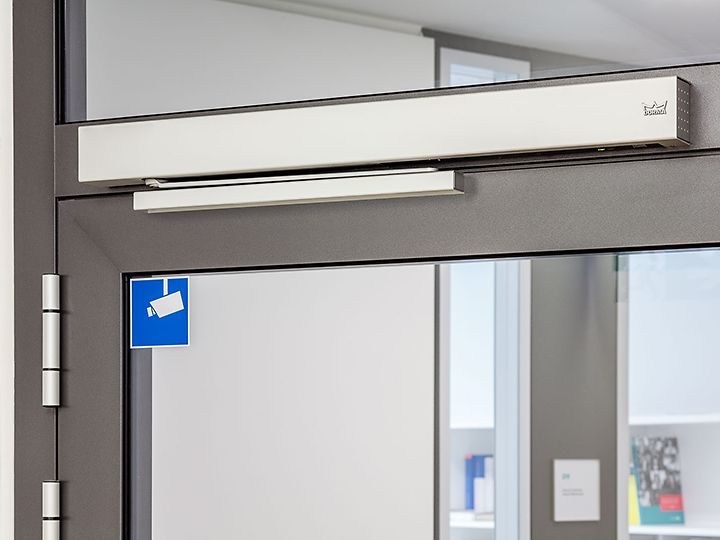 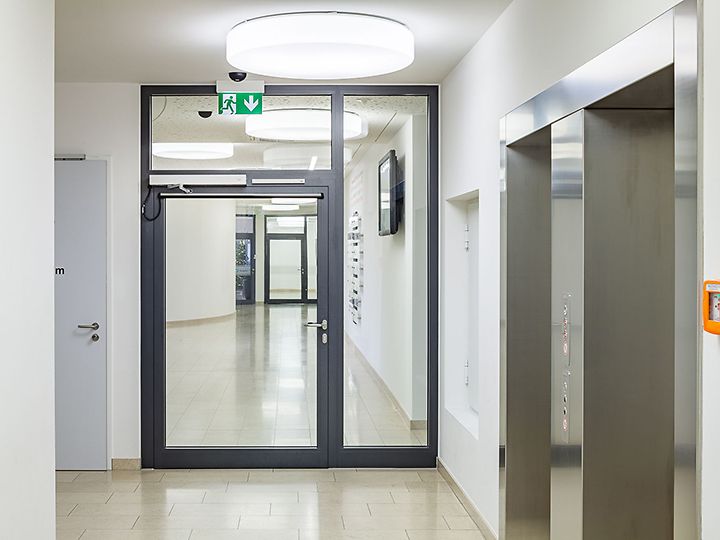 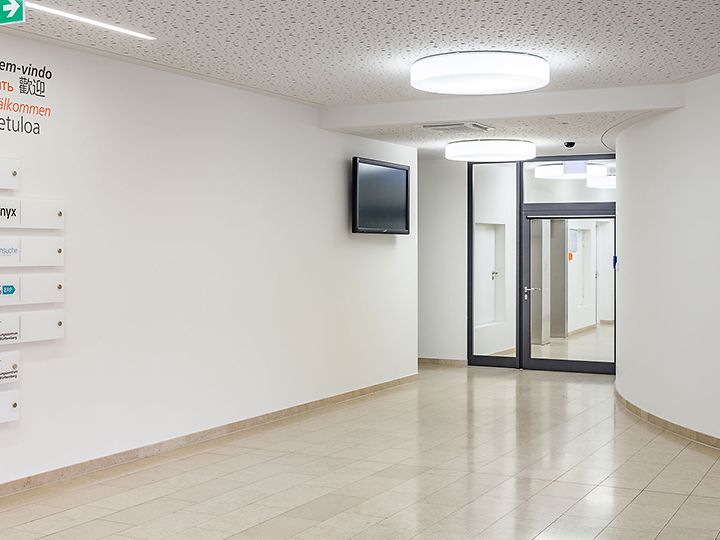 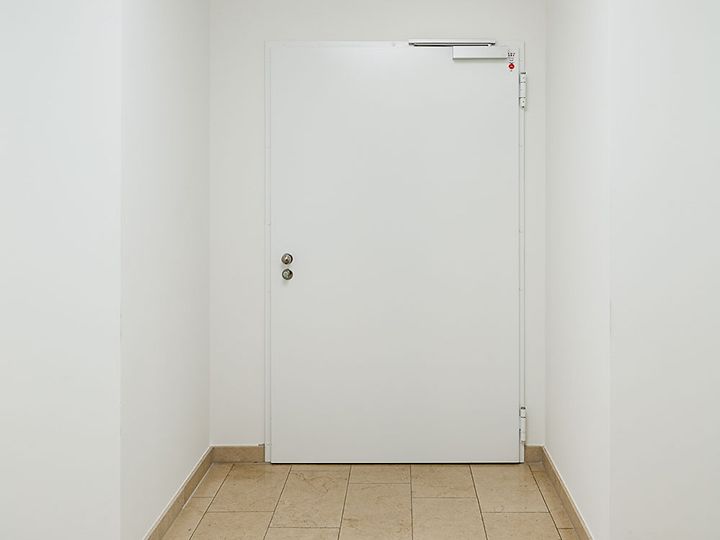 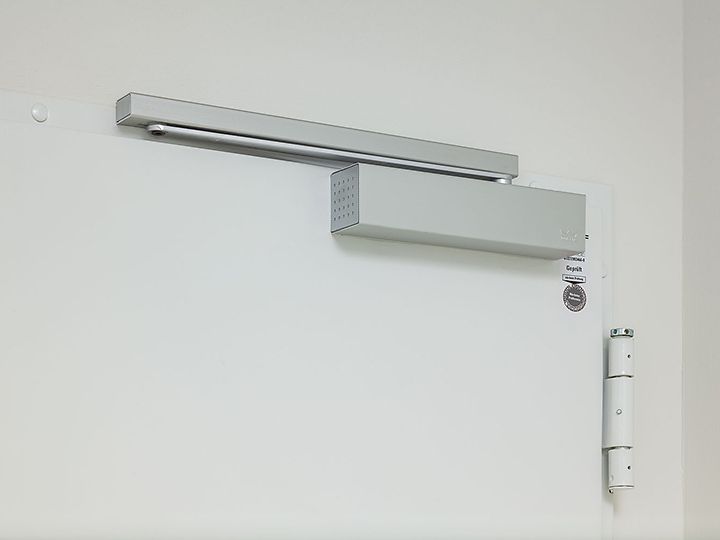 Swiftly into the office with dormakaba.

For the plot amidst the already completed solitary buildings, the architect office Kramm & Strigl designed a six-storey structure, whose profile – when viewed from above – forms the shape of a wave and is thus characterised for the external appearance as well as for the interiors.

For the building owner, it was important to have internal organisation, which ensures a flexible and small-sized usability of a total approx. 9,350 square metres of office area. Actually, the areas are currently leased to multiple companies in the IT and Software industry. Correspondingly, an opening was required, which enables direct and individual access to the different rental units. Thus, for the north and south part of the building there is a central opening with stairway and lifts, which can be accessed from the central lobby on the ground floor as well as from the underground parking.

The lobby is separated from both the lift pairs by one fire protection door. The south part receives the door closer TS 99 FLR. It is approved as a hold-open system and has a fail-safe function because of which the door moves freely and is not closed automatically. Due to the integrated smoke alarm system dormakaba RMZ, it can even be used in hold-open systems.

The door on the north part of the building leads not just to the lifts and the stairway, but also to two big seminar rooms. Due to the large number of people entering and exiting the building, the door was equipped with the automatic swing door operatorED 250. However, the infrared sensor strips installed on the door frames on both sides record persons and objects in the motion range of the door and ensure that the automatic closing and opening movement is stopped or reversed if required.

The doors between lift lobbies and rental units are in turn equipped with fail-safe door closers. The TS 99 FLR type was used on the single-leaf doors. The modular system TS 93 GSR (TS 99 FL GSR-EMR 1) was installed on the double-leaf door systems. It consists of TS 99 FL on the active door leaf and TS 93 B on the passive door leaf – the first one with fail-safe function, the latter with electromechanical hold-open unit. 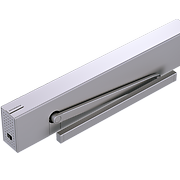 Swing door operator in modular design for doors with a maximum width of 1600 mm and a weight of up to 400 kg. 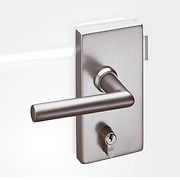 The solid and timeless fitting system