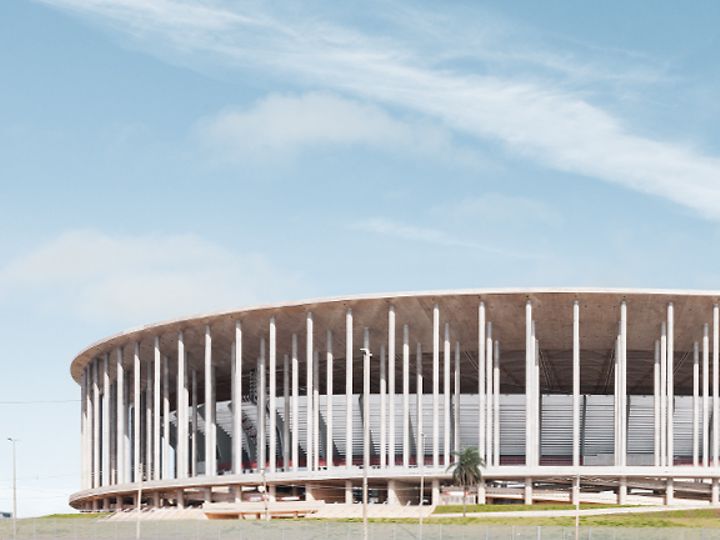 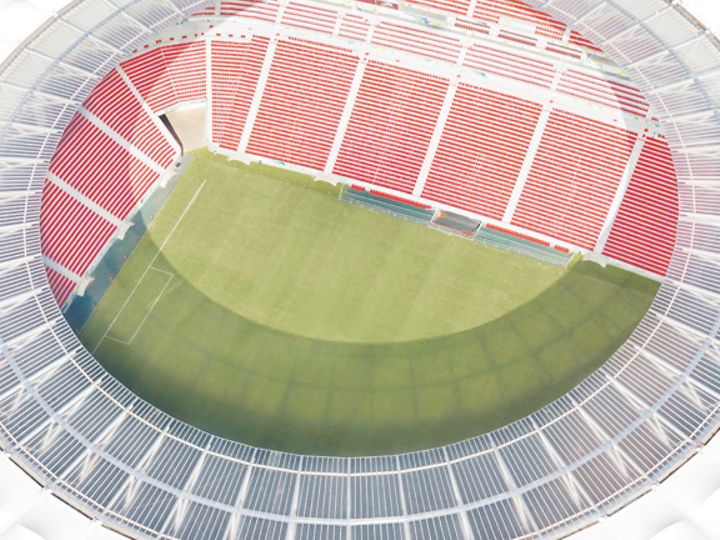 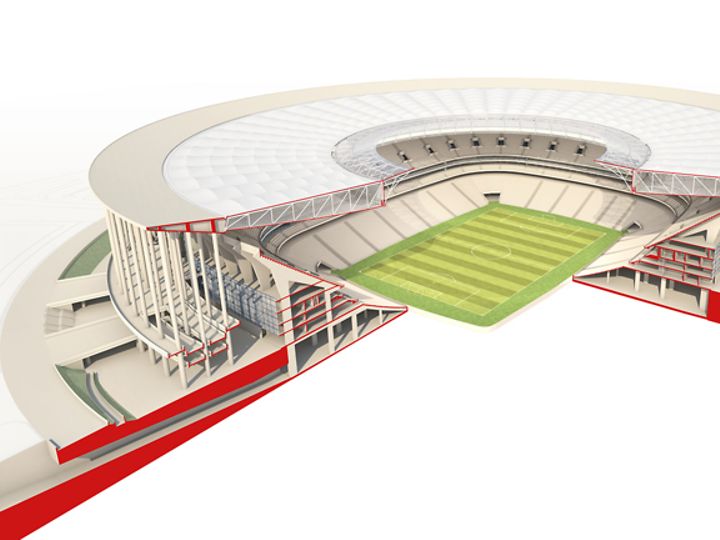 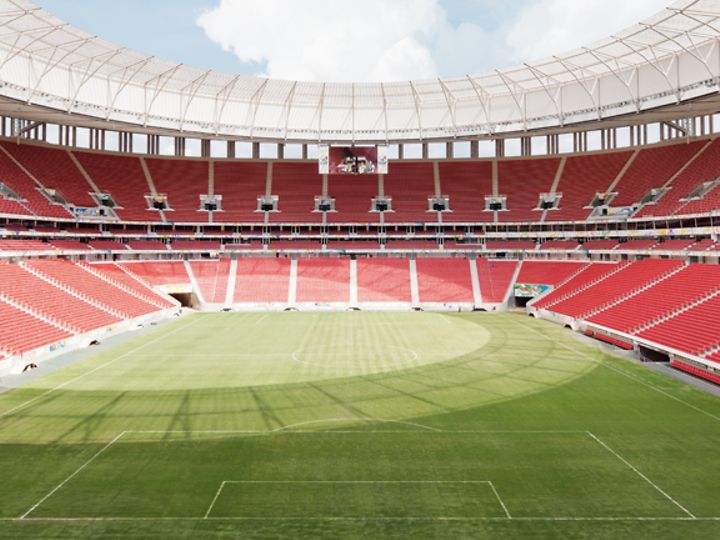 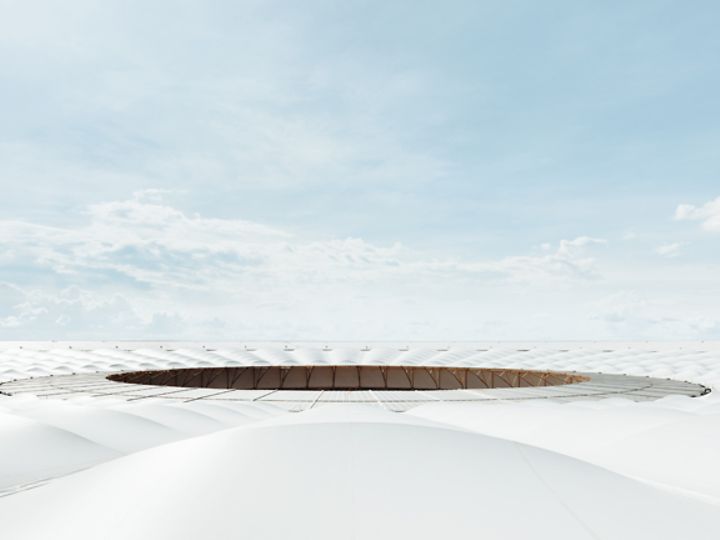 The Brazilian National Stadium built in 1974 in Brasilia (originally named after Mané Garrincha, a famous Brazilian footballer) was almost completely dismantled and rebuilt for the 2014 FIFA World Cup. The arena is the largest building in the capital and the second largest stadium in the country.

Project details
Architects GMP in partnership with Castro Mello Arquitetos and structural engineers Schlaich Bergermann & Partner elaborated a well-balanced blueprint that showed clear awareness of the architectural environment.  Through use of concrete as the construction material, the stadium’s structure shows good affinity with the building traditions of the location and, through its unique, contemporary design, merges as if “organically created” within the cityscape.

To increase the seating capacity from the original 42,200 to around 70,000 spectators, the pitch was lowered and the grandstand extended through the addition of a lower tier that extends right to the edge of the playing area. A circular esplanade with its forest of slender columns surrounds the stadium exterior and contains all the access points.

The sustainable building concept utilizes advanced technology in order to reduce water and energy consumption and cut CO2 emissions. Award of the LEED Platinum certificate serves to underscore the arena’s claim to be “the most modern and most sustainable stadium not just in Latin America but in the world.”

dormakaba’s Contribution to the Project
dormakaba equipped the stadium with extensive glass architectural hardware, numerous floor springs and a sophisticated range of emergency escape route systems. Ensuring spectator safety means that the emergency exit and escape route systems must comply with the provisions of the Disability Discrimination Act. Because people with limited freedom of movement also need to feel safe and sound in the stadium.  Barrier-free access is a non-negotiable must