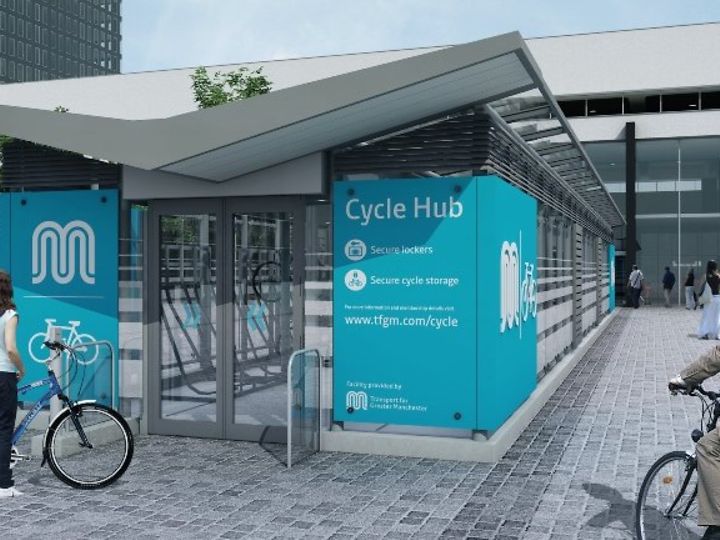 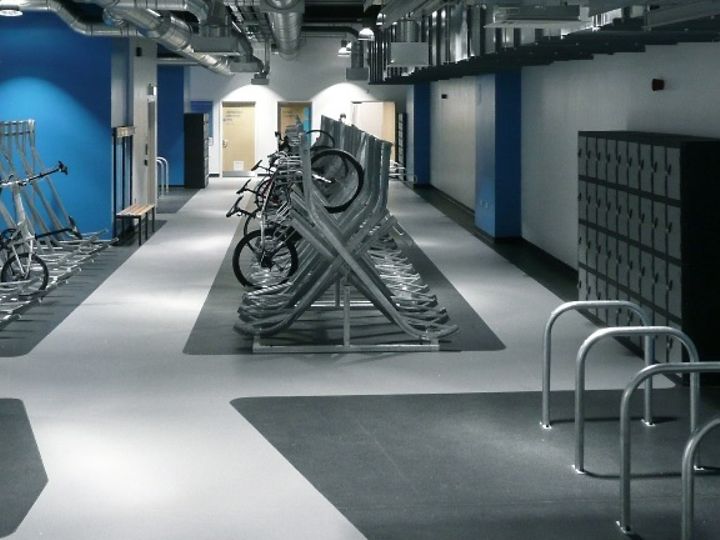 As part of the £6 million Commuter Cycle Project, Transport for Greater Manchester (TfGM) opened a major new cycle hub in the iconic City Tower skyscraper in Manchester’s Piccadilly Gardens. With large footfall expected at the high-profile redevelopment, a proven specification was required to deliver excellent, reliable performance in challenging conditions.

dormakaba's contribution to the project
Having specified dormakaba’s RST automatic space-saver doors at the £4.5 million Middleton Bus Station in 2005 – and with the doors still fully-functional and performing strongly eight years later – Aedas once again turned to dormakaba.
dormakaba RST automatic space-saver doors are designed so that the door leaves perform a swivel motion in the smallest of spaces. As a result, the clear passage width is minimally less than the overall structural width of the doorway. And as with all automatic doors from dormakaba, the RST excels in terms of its fast, smooth, quiet operation and user-friendliness.
dormakaba was also appointed to supply ED 100 low energy swing doors for two separate exits. Opening the door at precisely controlled speeds and forces, even in tough climatic conditions, the ED 100 assures safety for all users and removes the barrier – ideal when carrying or riding a bicycle upon exit.