The BTS80 EMB is an ideal solution in applications where surface applied life safety products cannot be installed or are objectionable due to aesthetics. 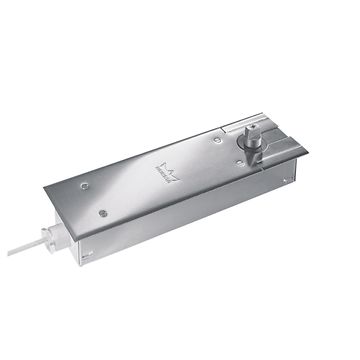 The BTS80 EMB Series of floor-concealed door closers provide an electromagnetic hydraulic hold open feature, allowing doors to self-close upon the interruption of electrical current. Once the alarm has been activated or a on a power failure, the BTS 80EMB will close the doors and then perform as a standard floorspring, until the alarm is reset or power restored. The BTS80 EMB includes a selective type hold open with a range of approximately 65° to 175°.

Click here to view our BIM models on bimobjects.com