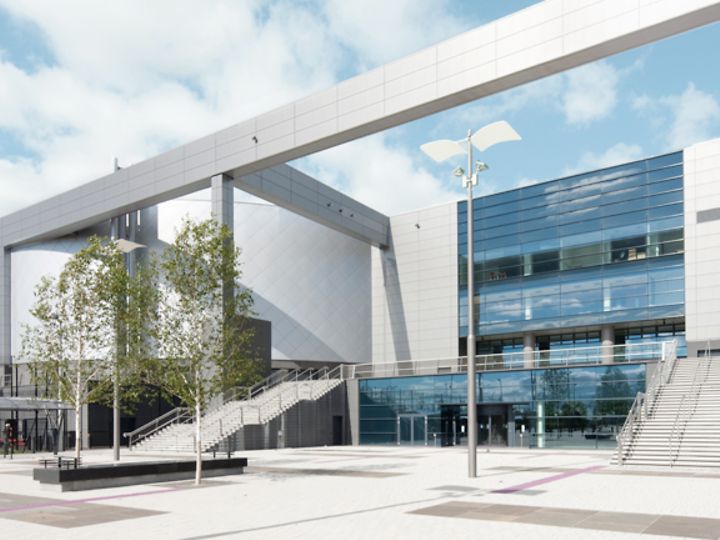 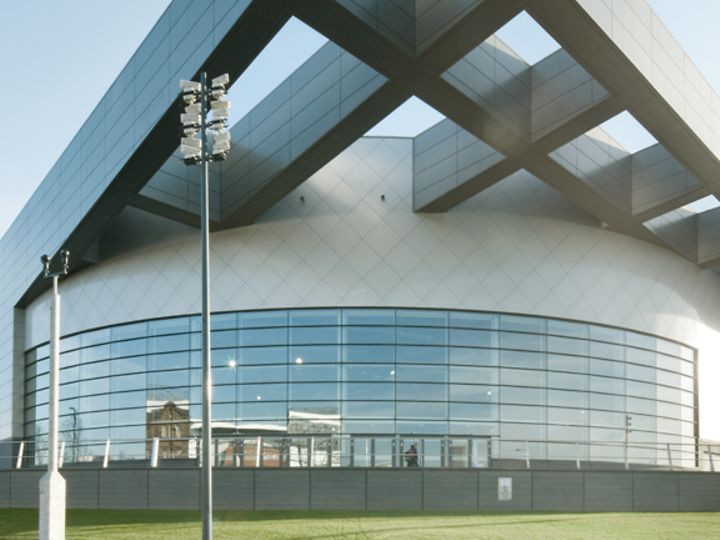 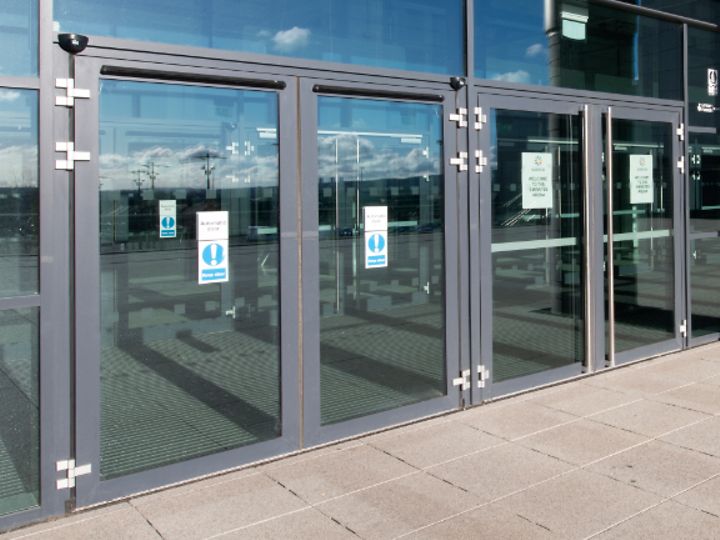 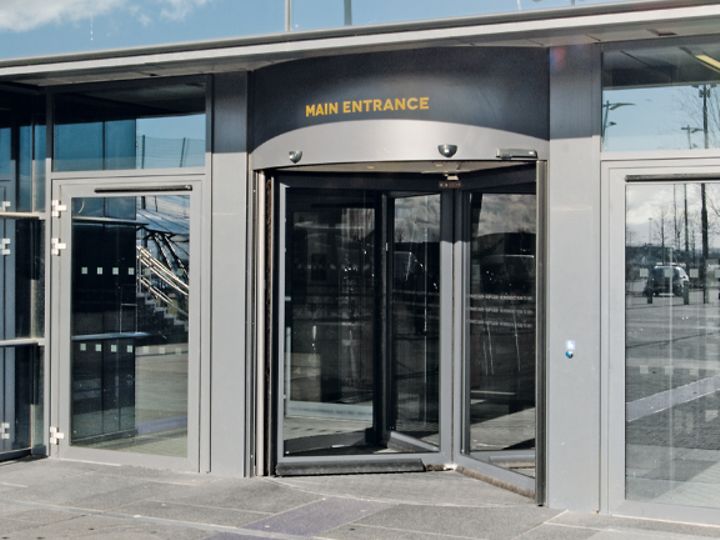 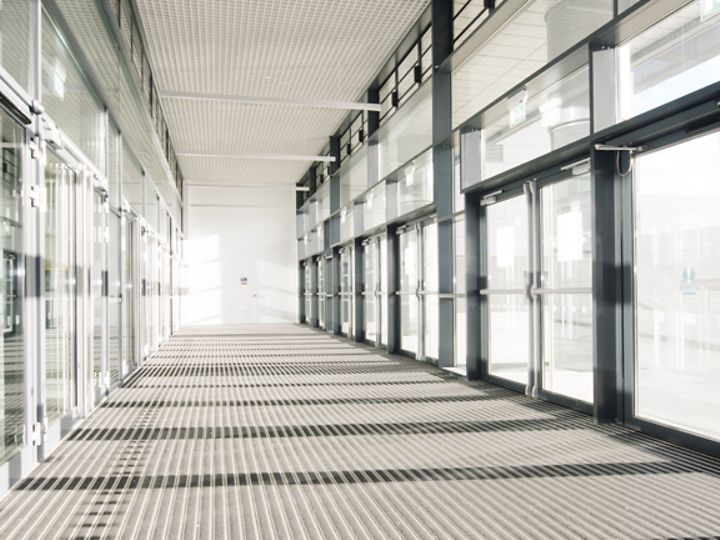 Showpiece for the Commonwealth Games

The Emirates Arena (formerly the Commonwealth Arena) with the Sir Chris Hoy Velodrome in Glasgow, Scotland, was designed as a multifunctional venue by 3DReid. The sports facilities were specifically built for the Commonwealth Games scheduled for 2014. They will host both badminton and the indoor cycling events. The arena can, however, also be used for a wide range of disciplines, with a 200 meter sprint track and a basketball court also part of the complex. The velodrome, the only one of its kind in Scotland, has capacity for 3,000 spectators and also offers flexible expandability for the Commonwealth Games.

To complete the specification, dormakaba ED 100A automatic swing door operators were incorporated into the entrance for use as emergency exits and pass doors in addition to several side exits.

Manual, assisted or automatic revolving doors with three and four wings up to diameter 3.8 m