Dedicated support for your specification needs

Current developments between design, functionality, and efficiency. Get inspired by stunning buildings from all over the world.

A Peek Inside BIM’s World Domination

Building Information Modelling (BIM) had its beginnings in the 1970s, as the design innovators from the United States, Western Europe, and the Soviet Block competed to create a software solution to disrupt the architecture. Thanks to this technology, which keeps growing and optimizing itself, in the late 20th century, modern architecture went through a mini-renaissance.

These Architecture Trends Will Dominate 2020

Even though architecture's development depends on the turns of the global economy, the way people build houses never fails to reflect the demographic shifts, top concerns, and aspirations. Following rapid urbanization, peaking environmental concerns, and the cultural shift brought by the generational changes, the architecture trends we expect to see in 2020 are no exception.

The world has just over a decade to prevent climate change from escalating beyond 1.5 degrees Celsius. If not, any further rise in temperatures might have catastrophic effects on droughts, floods, and famine for millions of people. 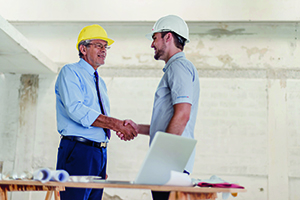