Rümlang, 12 September 2017 – dormakaba reports very good results for the 2016/17 financial year. The Group’s consolidated sales rose by 9.4% to CHF 2,520.1 million, compared with CHF 2,302.6 million in the previous year. Organic sales growth came to 4.3%. All segments contributed to this organic growth, with the largest shares coming from Access Solutions (AS) AMER, AS APAC and Key Systems. The strategically important acquisitions made in North America during the year as well as all other portfolio adjustments contributed 5.4% to sales growth. Currency effects had a small impact on sales, amounting to -0.2%.

dormakaba made further progress on the integration process during the year under review; the related synergies and cost savings had a positive effect on profitability. In addition to the acquisitions made during the financial year, the very good year-on-year performance of AS AMER and AS APAC also contributed to a CHF 54.6 million overall rise in EBITDA to CHF 387.3 million. The EBITDA margin went up to 15.4%, compared with 14.4% in the previous year.

AS AMER achieved organic sales growth of 9.1% and increased its sales to CHF 685.0 million. The segment’s EBITDA margin improved to 21.0% compared to 20.7% in the previous year.

Access Solutions APAC (Asia Pacific)
AS APAC grew organically by 7.7% and increased its sales to CHF 435.1 million. Its EBITDA margin improved to 12.4% compared to 9.3% in the previous year.

Access Solutions DACH (Germany, Austria and Switzerland)
AS DACH reported organic sales growth of 2.9%, generating sales of CHF 801.0 million. The segment’s EBITDA margin went up to 18.7% compared to 18.1% in the previous year.

Access Solutions EMEA (Europe, Middle East and Africa)
AS EMEA grew organically by 1.5% and the segment’s sales increased to CHF 732.9 million. Its EBITDA margin of 6.7% improved compared to 6.4% in the previous year.

Key Systems
Key Systems posted organic sales growth of 4.5% for the year under review and achieved sales totalling CHF 217.2 million. The segment’s EBITDA margin improved to 17.3% compared to 16.9% in the previous year.

Movable Walls
Movable Walls grew organically by 0.2% and generated sales of CHF 114.6 million. Mainly as a result of restructuring measures initiated in Germany in the year under review, its EBITDA margin fell from 11.2% in the previous year to 8.6%.

dormakaba continued to press ahead with its integration process in the financial year 2016/17. The main priority was the implementation of clearly defined integration projects, such as the consolidation of legal entities in individual countries, further investments in a joint global IT infrastructure, and the establishment of the new dormakaba umbrella brand. In Germany, an agreement was reached that allows the necessary restructuring measures to be carried out. The integration process is now entering its final relevant phase and dormakaba expects the integration to be largely completed as scheduled by the end of the financial year 2017/18.

dormakaba significantly strengthened its market position in North America through transformational acquisitions during the year under review. With the acquisition of Mesker and of Best Access Solutions, dormakaba became one of the top three providers of door hardware and access control solutions in the attractive North American market.

In financial year 2017/18, dormakaba makes its post-merger integration as well as the integration of its acquired businesses top priority.

The company believes that the global macroeconomic and geopolitical environment remains volatile and therefore challenging. Based on this assumption, in 2017/18 dormakaba expects to achieve organic growth of 150 to 200 basis points above the GDP growth for the company’s relevant markets (which is currently expected to be at 2.5%). Despite additional integration-related costs, especially for IT, and despite the integration costs associated with the recent acquisitions, dormakaba expects a slightly higher EBITDA margin compared with 2016/17.

dormakaba is confirming its mid-term targets: based on the completed merger, the ongoing integration and the Group’s operating performance, dormakaba aims to achieve an EBITDA margin of 18% for the first time in the financial year 2018/19, while organic sales growth should be at least 200 basis points above the GDP growth for dormakaba’s relevant markets.

Proposals to the Annual General Meeting of 17 October 2017

Based on the very good results, the Board of Directors is proposing to the Annual General Meeting a dividend payment of CHF 14.00 per registered share for the financial year 2016/17. This is CHF 2.00 per registered share higher than in the previous year. The proposed dividend pay-out is in line with the Board of Director’s envisaged pay-out ratio of at least 50% of consolidated net profit after minority interests. 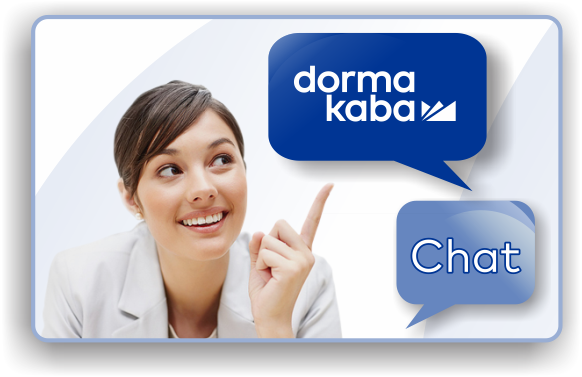